ARTICLE
How Will Trump’s Tax Proposal Affect The Economy And Investors? 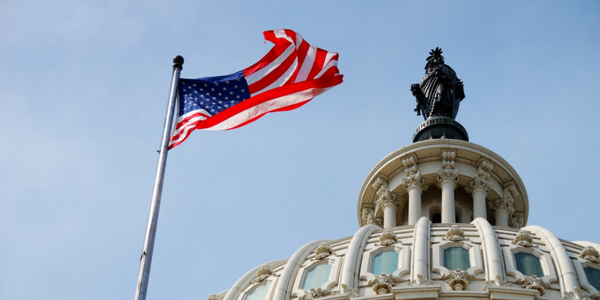 On September 27, the GOP revealed their tax reform framework, called the Unified Framework For Fixing Our Broken Tax Code. The goal, as stated by President Trump, is “to provide a level playing field for our workers, to bring American companies back home, to attract new companies and businesses to our country, and to put more money into the pockets of everyday hardworking people.”[1]

What The Tax Proposal Says

The framework is a simple 9-page document outlining general goals for legislators to follow as they write out the details of tax reform. As such, it is very broad and lacking specifics. Here is what it proposes:

How It May Affect The Economy

Even though the economy has been growing steadily, there is a shared desire among most politicians to boost the economy. Will this framework be successful in doing so?

President Trump has stated his desire to see economic growth rise from 2% to 3%. The proposed changes may achieve his goal temporarily, but probably not over the long run.

The proposed tax cuts would leave businesses with more money to work with. This would most likely provide a boost to the level of economic activity. However, since the actual level of activity would only be changing once, it would only be a one-time boost to the level of growth. Economic output would initially jump up, but afterward, it could revert back to its recent sluggish growth.[2]

Corporate earnings are already increasing without the tax reform. However, most corporations are hanging on to their cash instead of reinvesting it in growth because of the high corporate tax rates. Uncertainty in Washington has made businesses reluctant to give up their cash reserves.

A lowered corporate tax rate could give companies the confidence to expand, hire more workers, and create more products. It would also remove the incentive to move funds and operations off-shore. Keeping more business in the country would boost the economy as well.[3]

The hope is that increased economic activity would make up for the lost revenue from the tax cuts. However, that is far from certain. If the tax reform increases the deficit, and therefore the national debt, it could have dire long-term economic effects.

Deficit spending gives an immediate economic boost; much like a sugar high where you get an immediate rush of energy but feel much more drained later on. In spite of the immediate economic benefits of deficit spending, it leads to larger interest payments and increased rates, which slow the economy. The resulting lower demand for Treasuries would put downward pressure on the dollar, resulting in less demand and less foreign investment in the US. Though it brings short-term growth, deficit spending slows the economy overall.

How It May Affect Investors

The proposed tax reforms could be a real boon for investors. As corporations save money on taxes, they have more money to pay out in dividends. It is likely that they would increase dividends, as well as increase stock buyback programs.

Right now, some cautious investors are waiting on the sidelines, hesitant to invest in the stock market for fear of a correction. If tax rates drop, companies will grow and become more profitable and more people will jump into the market. This will help create more wealth for all investors.[4]

The recently proposed framework does not mention the capital gains tax rate. However, both the GOP and Trump’s previous proposals recommended lowering capital gains rates. If those rates were to be lowered, it would be even better for investors, as they would be able to keep more of their earnings.

What You Should Do

So, what should you do in light of the proposed tax reform? Remember, this is just a proposal and a framework. What the actual legislation will look like is yet to be seen. It is unwise to make any decisions based on something so uncertain.

No matter what happens with tax reform, the principles of wise investing still apply. You should have a broadly diversified, tax-efficient portfolio that is appropriate for your personal level of risk tolerance. With tax reform on your mind, now is a good time for a portfolio review to ensure that you are prepared for whatever Washington may throw your way. If you have further questions about the proposed tax reform or would like to sit down for a complimentary portfolio review, call our office today at 866.888.6563.

Cypress Wealth Services, an independent RIA firm providing financial planning and investment management to high net worth individuals, families, business owners, and institutions. CWS is comprised of professionals with diverse backgrounds and extensive experience and qualifications. CWS is uniquely qualified to serve a broad range of client needs. Their experience and expertise act as a foundation for their client service process, The Second Growth, which focuses on efficiently protecting, growing, and transferring to their loved ones the wealth and legacy a person has already built. With offices in Palm Desert and Anchorage, the firm serves clients across the country. Learn more by visiting www.CypressWS.com.

The information on this website is provided as information only and should not be considered investment, tax or legal advice or a recommendation to buy or sell any type of investments. Advisory services are only offered to clients or prospective clients where our firm and its representatives are properly licensed or exempt from licensure. Past performance is no guarantee of future returns. Investing involves risk and possible loss of principal capital. No advice may be rendered by our firm unless a client service agreement is in place. Form ADV and Form CRS contain important information about the advisory services, fees, business, background, and experience of advisory personnel. Form ADV is publicly available and may be viewed here. Form CRS is publicly available and may be viewed here.